Sustainable energy is the key to a better future for all.
We work to unleash this energy - today and for future generations.

Building a new chemical plant requires a range of technological knowledge AND HUGE experience in chemistry !

GREEN TECHNOLOGIES MADE IN EUROPE !

Groupe Curie develops and operates breakthrough and highly efficient green technologies in collaboration with engineering partners! The primary goal is to achieve high yield and efficiency from energy production onwards. Sustainability has never been more important to business planning, management and operations – and it has never been more likely to produce measurable results. Yes, it’s imperative to reduce carbon footprints and environmental impacts. And in many regions, there are government regulations and green incentives to do so. But beyond that, the opportunities that IoT and connectivity offer to improve business efficiency and reduce costs mean that investing in green technology is not only the right thing to do, it also makes good business sense.

Advanced technology achieve an overall efficiency increase of over 30%
compared to the competition. Groupe Curie ist are able to achieve significantly more energy per unit of time than the competition. More kilowatts also means higher hydrogen production,
which in turn has a positive effect on yields !

Hybrid solar tracking system with F.L.P. Technology for 30% more energy than average ! Made in Europe!

Advanced special coated Bi-Facial solar modules which achieve an efficiency increase of over 30% .

WIND TURBINE MADE IN EUROPE, DESIGNED BY SWISS/GERMANS ENGINEERS !

In order to meet the increased energy demand for ammonia production also overnight and in the winter months, a new turbine was developed in cooperation with Swiss and German engineers, which generates electricity even with very low wind forces and is able to compensate for wind fluctuations. The turbine will be built from sustainable materials to minimize CO2 emissions even with the materials used. 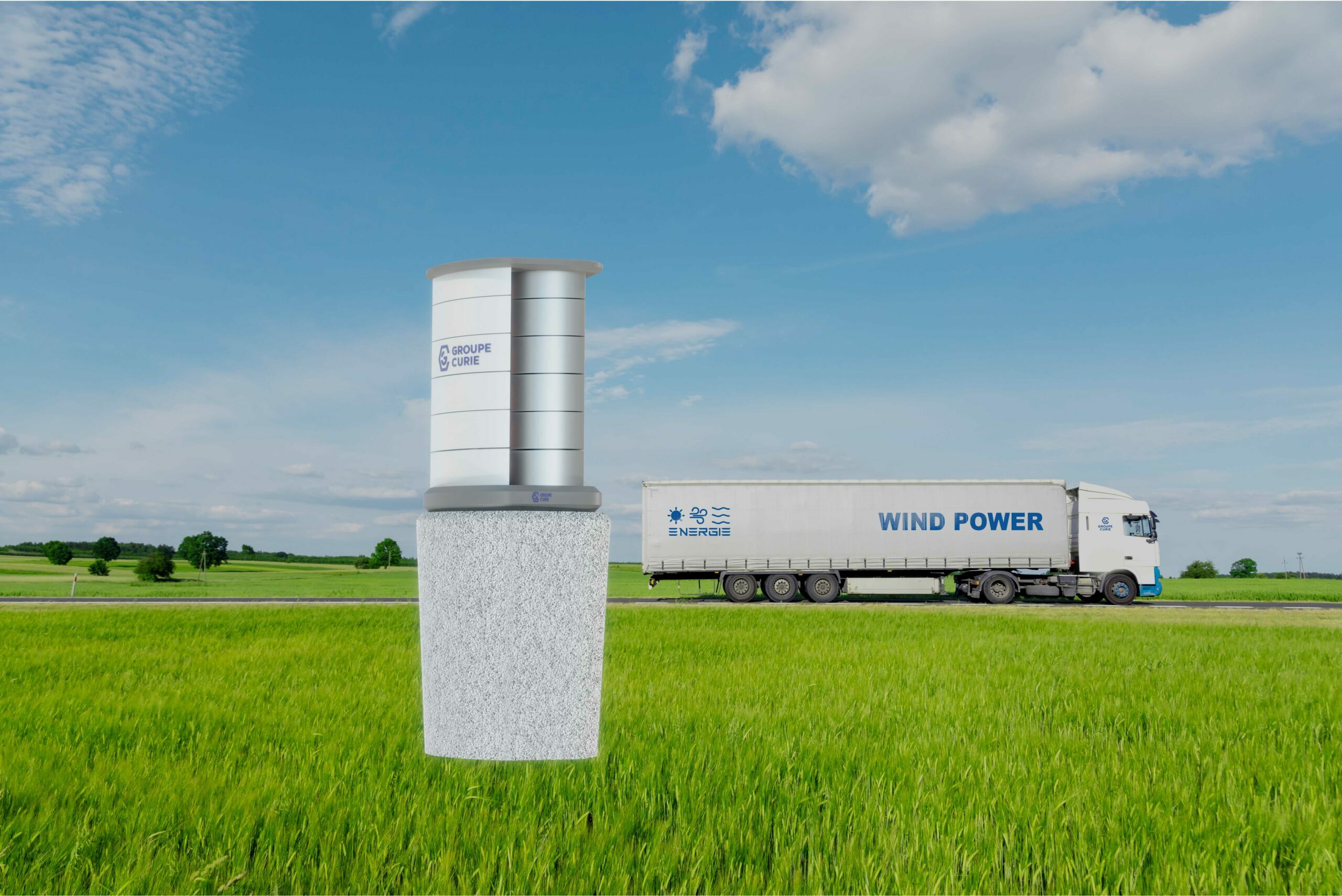 Constructions elements are made from sustainable material.

More energy is available per unit of time and thus higher profits are achieved.

To ensure a continuous power supply for the self-sufficient production operation and the ammonia reactor, we use a hydrogen turbine specifically dedicated for this purpose. Groupe Curie relies on a power supply that is separate and independent from the grid. The excess electricity that cannot be collected by the industrial batteries is fed into the public grid.

Optimized for the high demand of energy!

Prevents the reactor from shutting down in the event of supply bottlenecks. 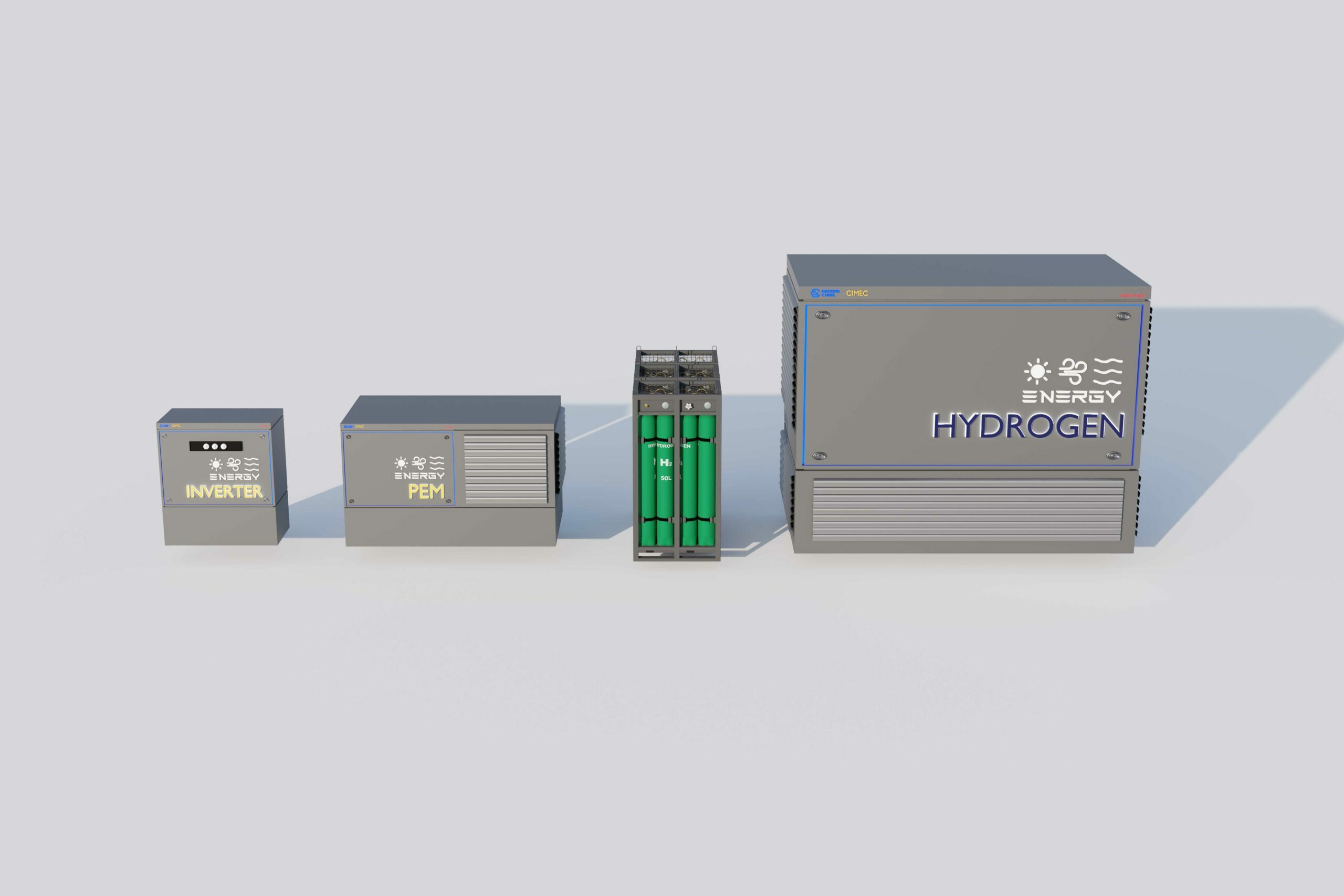 To ensure a continuous power supply for the self-sufficient production operation and the ammonia reactor, we use a hydrogen turbine specifically dedicated for this purpose. Groupe Curie relies on a power supply that is separate and independent from the grid. The excess electricity that cannot be collected by the industrial batteries is fed into the public grid.

Optimized for the ammonia reactor demand of energy!

Prevents the reactor from shutting down in the event of supply bottlenecks. When it comes to sustainability, it’s important to take a closer look, because it’s not just about recycling, but also about the availability and degradation of raw materials. Both the individual cells and the entire salt battery are made of materials that can be recycled after 10 years of use in stationary electricity storage. The recycling of salt batteries has already been standardized and industrialized for 15 years. The metals are melted down and returned to the metal industry.

Pollutant and toxic free organic based industrial batteries and harmless to the environment!

Residual capacity is still 100% even after years !

The batteries are completely renewed every 15 years and are then 100% efficient! From High-Pressure Steam over the heat exchanger to to liquid ammonia.

To produce the desired end-product ammonia from the a complex interconnected system, the hydrogen (H2) is catalytically reacted with nitrogen(N2) in the synthesis reactor (ammonia converter) operated at high-pressure levels to form anhydrous liquid ammonia.

The hot gas leaving the ammonia converter is cooled and ammonia is separated from the recycle gas. Unconverted synthesis gas is supplemented with fresh mixture of hydrogen and nitrogen and returned as feed to the ammonia synthesis reactor.

hydrogen gas through the process of electrolysis.

They have several advantages compared to other electrolysis technologies:

In comparison to AWE and PEM, our technology has two main advantages:

1. It has a higher conversion efficiency due to favorable thermodynamics and kinetics at higher operating temperatures.

2. SOEC can be integrated with a range of existing down-stream industrial processes.

This will result in the generation of synthetic fuels, methanol, ammonia and recycling of captured carbon dioxide. Smart technology for a green planet..

Any reproduction and usage of any branded material or data from Groupe Curie will be prosecuted by law.